・Making manufacturing variation to Heijunka (level out), which enabled to shorten lead-time from 2 days to 120 minutes
・Achieving Zero Inventory

Company A, which manufactures printed circuit boards, had not made progress in improving production control, and parts inventories had continued to increase for several years which had been giving burden on management.

So, “just-in-time” had been under consideration for putting materials according to MC start time, but times of operations from preparation of material delivery to put in the MC differed greatly depending on the type of parts so that had been remained unsolvable.

Process from Delivery to Processing 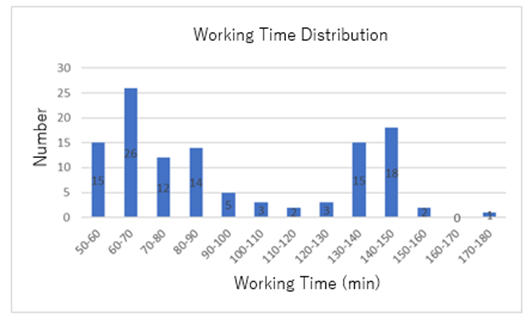 If the work time can be leveled out to 120 minutes for all parts, it enables to achieve zero stagnation to put in parts according to the MC start time.

Continuously he has been engaged in effective introduction process of Production Management System to small and medium enterprise and even big enterprise.

Consultants from major companies with experience in over 40 countries will respond. Please feel free to contact us.

If you are in a hurry, please call us.

3 reasons why we are chosen REASON

Improvement experience of
more than 1,500 companies in 40 countries

There must be the shop floor issues that cannot be solved by your own company alone. Improvements and reforms for manufacturing industry to survive, regardless of country or industry, need development of your human resources through practical experiences of improvement, and strengthening of your production system base.

Consulting that shop floor workers
acknowledge our superiority and be pleased

Continuous improvement will continue
even after the end of guidance

While strengthening “human resource development”, we focus on the “overall flow” from design to purchasing, manufacturing, logistics, and production control, and provide guidance that matches the actual situation of your company. Continuous improvement will continue even after the end of guidance through the guidance that is acceptable to the shop floor workers.

Consultants from major companies with experience in over 40 countries will respond. Please feel free to contact us.

If you are in a hurry, please call us.